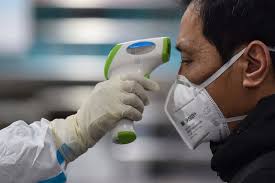 What you need to know about coronavirus right now

There are now over 98,000 coronaviruses cases globally and more than 3,300 people have died, according to a Reuters tally.

China’s central province of Hubei, excluding its provincial capital Wuhan, reported zero new cases over 24 hours for the first time during the outbreak.

The U.S. Congress approved a $8.3 bln bill to battle coronavirus. The bill now goes to Trump’s office for final approval.

Test kits were flown to the idled Grand Princess cruise ship off San Francisco, where at least 35 people have developed flu-like symptoms, after the vessel was linked to two other confirmed cases.

The death toll from an outbreak in Italy has risen by 41 over the past 24 hours to 148, the Civil Protection Agency said on Thursday, with the contagion in Europe’s worst-hit country showing no sign of slowing.

To see an interactive graphic of the spread, open tmsnrt.rs/3aIRuz7 in an external browser.

Where to put your money as global losses grow

Companies in the healthcare, technology and financial services sectors could continue to gain market share regardless of any economic disruptions from the outbreak, fund managers from the winners of the U.S. Lipper Fund Awards say.

Global gross domestic product could be slashed by 0.1%-0.4%, with financial losses forecast to reach between $77 billion and $347 billion, the Asian Development Bank said.

Out of school, but still together

The policy has been roundly criticized as counterintuitive, disruptive and risky given it has pushed tens of thousands of pupils into daycare centers instead, which now have to improvise measures to try to stop the children from contracting the illness.

“We have the children spend all day at the same seat, eating their snacks and lunches there too,” Stella Kids manager Ikuyo Kamimura said. “They face the same direction so they don’t get infected by droplets.”