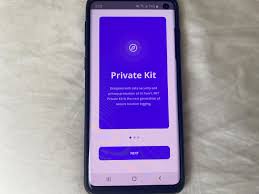 OAKLAND, Calif. (Reuters) – Three U.S. local governments plan to sign deals this week to become the first to adopt a location tracking app aimed at preventing new outbreaks of the novel coronavirus, a spokesman for the Massachusetts Institute of Technology-led project said Thursday.

An additional 17 state and municipal governments are considering introducing the app in their communities as soon as in the next two weeks, said Ramesh Raskar, an associate professor at MIT, in an email exchange.

“These span all over the country, and include some of the largest U.S. cities to more remote vacation communities looking to protect themselves,” he said.

Raskar declined to specify the states, counties or cities nearing agreements but said they were expected to advocate for residents to voluntarily download the app, known as Private Kit.

He described the expected deals as a “letter of intent” for collaboration, training and support.

“There are specific communities where a human-based approach will have benefits and others where the technology enabled platform will provide greater efficiency and accuracy,” Raskar said.

Governments worldwide are evaluating Private Kit or similar technologies meant to aid the otherwise labor-intensive process of contact tracing, in which health officials must ask recent contacts of a person who has tested positive for the virus to self-quarantine or get tested.

Effective contact tracing will need to be in place before widely lifting stay-at-home orders that have crippled the global economy, health experts have said. European countries have partnered on the Pan-European Privacy Preserving Proximity Tracing initiative, following the successful use of app-based systems in some Asian countries.

But privacy concerns and technical limitations are among several hurdles the app-based systems face among Americans.

MIT researchers and their collaborators said Private Kit can log an individual’s movements without jeopardizing their privacy. Their system relies on Bluetooth signals dubbed “chirps,” which are communicated between phones of Private Kit users.

Healthcare officials would ask users who test positive for the coronavirus to anonymously publicize their phones’ recent “chirps.” Any Private Kit user whose phone was close enough to infected users to register their phones’ chirps would be alerted about their potential coronavirus exposure.

Researchers at Stanford University and the University of Southern California are among others developing location tracking apps, and some of the projects are being designed to work with the Private Kit app.

Miss England returning to her job as an NHS junior doctor
Charlotte Figi, the girl who inspired a CBD movement, has died at age 13