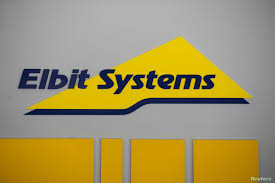 Based on technology developed by LifeCan Medical, the Elbit machines will enable medical centres to provide initial care to patients suffering from less severe respiratory conditions, said the company, which is better known for its advanced weapons platforms and surveillance systems.

With more than 10,000 coronavirus cases and scores of fatalities from the attendant COVID-19 lung disease, Israel has joined the international scramble for new ventilators – even dispatching the Mossad spy service to hunt down devices abroad.

The head of the Health Ministry procurement division, Orly Weinstein, said Israel must be self-reliant, as some suppliers in other countries have inflated prices or cancelled orders so that resources can be redirected to their own governments.

“My problem is the competition with other countries. The sooner you identify the (health crisis) event, the sooner you can place orders for equipment. The second lesson: Manufacture it yourself,” she told Israel’s Calcalist newspaper on Monday.

According to the Health Ministry, Israel now has around 3,500 ventilators, or roughly one for every 2,500 citizens.

By comparison, the United States can muster as many as 200,000 ventilators, according to a March 25 article by the Society of Critical Care Medicine – one for every 1,635 Americans.

Israeli officials have said they aimed to increase their national ventilator stockpile to 7,000 by next month.

Israel may also be called on to provide ventilators for Palestinians in the occupied West Bank and blockaded Gaza Strip, where currently there is just one machine for every 16,000 people. The Palestinians have reported around 308 coronavirus cases and two fatalities.

At the request of the Israeli government, Elbit said, the company had converted two manufacturing facilities into assembly lines for the new ventilators. With around-the-clock shifts, these are expected to start producing around 300 machines per week after the Jewish holiday of Passover ends on Wednesday.

Separately, a team of Israeli scientists this week unveiled a rudimentary ventilator – called AmboVent – which it said could be built easily for a cost of $500 to $1,000 each, a fraction of the price of many commercially available machines.

Intended as a back-up for underfunded health systems worldwide, the AmboVent’s manufacturing schematics have been made available online for free, the designers said.