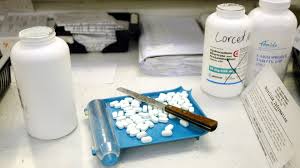 wo of the most anticipated new heart drugs to be launched in recent years have been priced well above analyst expectations, fuelling the debate about whether modern medicines cost too much.

Praluent, made by Sanofi and Regeneron Pharmaceuticals, and Entresto from Novartis are both treatments that represent significant advances for millions of patients at risk of serious heart problems.

But their positioning in the marketplace was always likely to be contentious since they offer more effective alternatives to very cheap, off-patent drugs.

The manufacturers have taken an ambitious view on pricing, arguing that the clear medical benefits of their products and their ability to keep patients out of expensive hospital beds, make them cost-effective choices for healthcare providers.

The high prices have also prompted rising sales forecasts, but they may provoke clashes with the providers.

Sanofi and Regeneron, which won U.S. approval on Friday for Praluent to treat stubbornly high cholesterol, said the injection would cost $14,600 a year, well above the roughly $10,000 investors had expected.

Tim Race of Deutsche Bank said the high official price would allow the companies to offer generous rebates in what is expected to be a competitive market, resulting in a net price that could be discounted by 30-50 percent over time.

Sanofi and Regeneron are competing against Amgen’s Repatha, another so-called PCSK9 inhibitor, which is still awaiting a green light in the United States, although it was approved last week in Europe.

Still, setting a high price is a gamble as it could drive healthcare providers to put restrictions on Praluent’s use, according to Joseph Schwartz of Leerink, who had been modeling a below-consensus price of about just $5,000.

On July 7, Novartis set a price of $4,560 a year for its new heart failure pill Entresto, nearly 50 percent higher than many analysts had expected.

Novartis does not face direct competition to Entresto but the company has said it will offer discount deals, including basing the amount paid on patients’ clinical outcomes.

Leading heart doctors, while welcoming the arrival of novel weapons to keep heart troubles at bay, have also cited price as a potential problem.

The new heart drugs cost nowhere near as much as many modern cancer drugs, often priced at more than $100,000, but their impact on budgets will be considerable since they are designed for lifetime use.

Praluent and Amgen’s Repatha are expected to generate global annual sales of more than $2 billion each by 2020, according to consensus forecasts compiled by Thomson Reuters Cortellis.

Entresto is forecast to sell nearly $5 billion by the same date, a figure that has been climbing since the price was set.

How coronavirus cases exploded in South Korean churches and hospitals