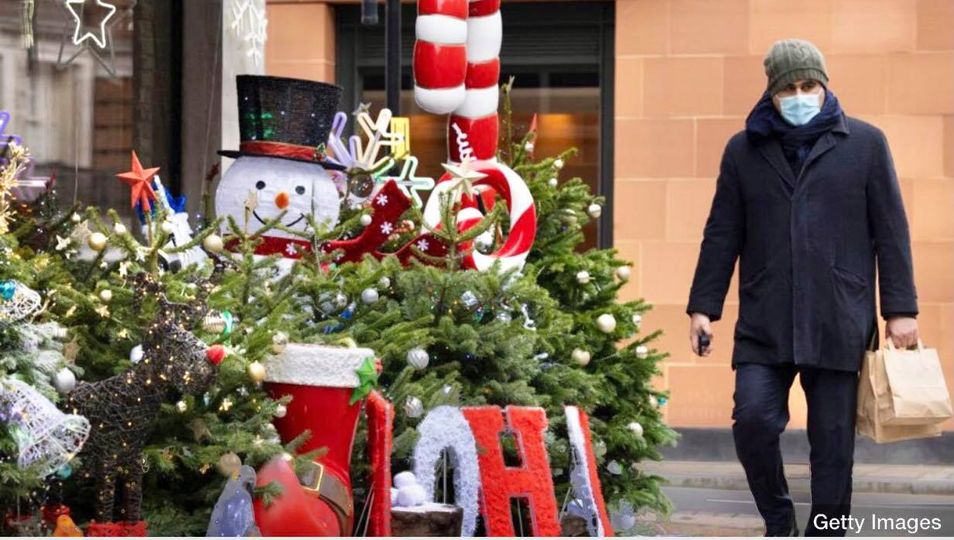 BBC News: Covid-19: England’s regional tiers being announcedDetails of restrictions for local authority areas in England are set out by the government.England’s coronavirus tiers are being set out by the government as more areas face the toughest restrictions.Many places are in the second-highest level – tier two – including Liverpool city region, which was previously in the highest tier, and London.Several areas, including Manchester City Council, will be in the highest level – tier three.Just three areas will be in the lowest-level of restrictions – tier one – after lockdown ends on 2 December.Details of the new tiers were published on a government website that allows people to look up restrictions in their postcode.A separate full list of areas was also published by the government.Birmingham, Leeds, Sheffield and Chesterfield were shown to be in tier three.Prime Minister Boris Johnson will lead a Downing Street news conference later.Differences between the new tiers include restrictions on where households can meet up:■ tier one: the rule of six applies everywhere, indoors and out■ tier two: the rule of six applies outdoors but there is no household mixing anywhere indoors■ tier three: can only meet other households in outdoor public spaces like parks, where the rule of six appliesGyms and close-contact beauty services like hairdressers will be able to open in all tiers. Everyone who can work from home should continue to do so.Earlier, Chancellor Rishi Sunak said even those in the highest level of restrictions in England – tier three – would see a “tangible change” compared to the current lockdown.The system will be regularly reviewed and an area’s tier level may change before Christmas – the first review is scheduled for 16 December.SOURCE: BBC News#HealthForAll#HealthBroadcastingService#GlobalHealth#Covid-19#Health#HealthBroadcastingServiceInPublicHealthPartnership#uclabruinsmensbasketball#wisconsinbadgersmensbasketball#georgiainstituteoftechnology#maradona#pumpkinpierecipe#meganmarcle#walmartps5#walmartblackfriday#historyofthanksgiving#unofficialtwilightatanniesresourceworld