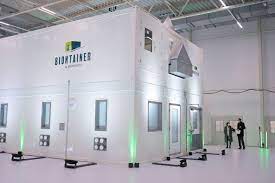 BERLIN, April 11 (Reuters) – Around three million COVID-19 vaccine doses are expected to expire in Germany by the end of June, a spokesperson for the health ministry said on Monday, as supply outstrips demand because a declining number of people are being vaccinated.A law mandating the general population get vaccinated, which had failed to pass the parliament last week could have increased demand and made use of the surplus shots. After a shortage in vaccine doses at the beginning of the vaccine campaign in early 2021, Germany stepped up its deliveries to meet growing demand, but a lower inoculation rate means Germany has more vaccine than it needs or can donate.Around 76% of the population has received at least one dose, less than the level of more than 80% in western European countries including France, Italy and Spain.The ministry declined to provide information on the possible cost of the doses’ expiry, citing contract confidentiality.BioNTech (22UAy.DE) said last week its vaccine had a longer shelf life than previously estimated, meaning around seven million doses originally expected to expire by the end of June would be valid for longer.Although countries in Africa, for instance, are in need of vaccines, Germany cannot donate its spare doses because of the difficulties of storing and transporting mRNA vaccines.