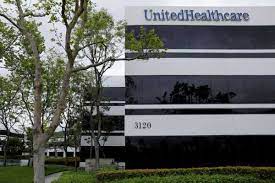 April 5 (Reuters) – UnitedHealth Group Inc (UNH.N) and Change Healthcare (CHNG.O) have agreed to extend the closing date of their merger by another nine months to Dec. 31, the companies said on Tuesday, more than a month after the U.S. Justice Department sued to stop the deal.Under the latest extension terms, UnitedHealth’s Optum unit, which offers healthcare data analytics services, will pay a $650 million fee to Change if the deal is not completed due to the court’s decision, which is expected after a two-week trial scheduled to begin on Aug. 1.UnitedHealth announced its $8 billion acquisition of Change Healthcare in January 2021, saying that it would help streamline administrative and payment processes. read moreThe companies had originally planned to close the deal in the second half of 2021, but UnitedHealth extended the closing date to April 5.In its complaint, the U.S. Justice Department has said the deal will give the largest U.S. health insurer access to its competitors’ data and ultimately push up healthcare costs, as both UnitedHealth and Change Healthcare offer competing software for processing healthcare claimsChange Healthcare also said it would pay a special cash dividend of $2 per share to its shareholders at the time of closing.