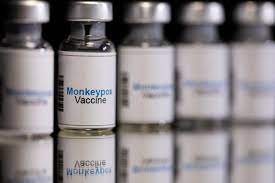 GENEVA, July 7 (Reuters) – The World Health Organization reported two new deaths from monkeypox since its previous disease update on June 27, bringing the total to three since the start of the year and said the disease had spread to new areas.Cases have shot up 77 percent since the last report to 6,027, the WHO said, with the bulk of them reported in the European region. However, all three deaths have been reported in Africa, the report showed.The update also showed that over 99 percent of the cases for which gender information was available were among men.”The outbreak continues to primarily affect men who have sex with men who have reported recent sex with one or multiple male partners, suggesting no signal of sustained transmission beyond these networks for now,” it said.The Geneva-based U.N. agency will reconvene a meeting of the committee that will advise on declaring the outbreak a global health emergency, the WHO’s highest level of alert, in the week beginning July 18 or sooner, its director-general said on Wednesday. Tedros Adhanom Ghebreyesus is also due to meet with Spanish Prime Minister Pedro Sanchez on Thursday morning, a WHO spokesperson confirmed, without giving details. Spain has reported 802 cases so far, WHO data showed.At a separate briefing, Africa’s top public health body said the monkeypox outbreaks in other parts of the world were probably proving less lethal because of early diagnosis and medical care.”The core of it is the ability of the person who has been infected to be diagnosed early and then provide the correct medical attention,” said Ahmed Ogwell Ouma, acting director of the Africa Centres for Disease Control and Prevention.”This really removes a lot of the bite from the monkeypox virus,” he said.The West African strain of the virus spreading globally also has a case fatality rate of around 1%, milder than a strain known as the Congo Basin clade which is spreading in some parts of Africa. Since the beginning of 2022, there have been at least 73 monkeypox deaths in Africa, CDC data showed.