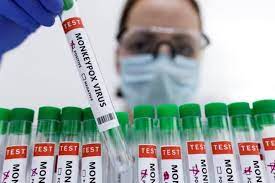 SANTO DOMINGO, July 6 (Reuters) – The Dominican Republic has confirmed its first case of monkeypox in a patient who arrived in late June from the United States, Health Minister Daniel Rivera said on Wednesday.The 25-year-old man arrived in Santo Domingo on June 28, and shortly afterwards was notified that a person with whom he had been contact in the United States was infected with the disease.”He made himself available to infectious disease doctors and was kept in isolation” at the Air Force hospital, Rivera said at a press conference.Health authorities are observing four other people, including relatives who had been in close contact with the patient since his arrival in Santo Domingo, Rivera said.