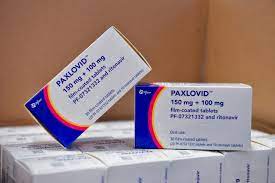 JOHANNESBURG, July 7 (Reuters) – Africa’s top public health body said on Thursday it had signed a memorandum of understanding with Pfizer (PFE.N)for countries on the continent to receive supplies of the Paxlovid pill to treat COVID-19.Data from a mid-to-late stage study in November last year showed the antiviral medication was nearly 90% effective in preventing hospitalisations and deaths compared to a placebo, in adults at high risk of severe illness.”We have signed the MOU with Pfizer and we are going to be able to make that particular treatment available to African countries,” said Ahmed Ogwell Ouma, acting director of the Africa Centres for Disease Control and Prevention.Ouma said the MOU would allow African countries to access Paxlovid at cost.The Africa CDC, which is an agency of the 55-member African Union, had said in March the MOU was ready, but needed to be cleared by its legal office.