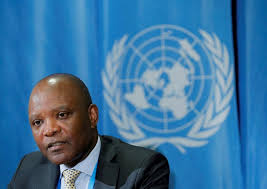 The World Health Organization wants to secure an initial 230 million doses of any COVID-19 vaccine for Africa, officials said Thursday, while emphasising that any vaccine in development should also be tested on the continent. The global vaccine allocation plan, called COVAX, aims to help buy and fairly distribute deliver 2 billion doses of approved vaccines by the end of 2021.“This … (initial batch) will cover 20% of the African population, initially prioritising those who are the front line, health care workers, then expanding to cover vulnerable groups,” Richard Mihigo, the programme area manager for WHO Africa, told an online news conference. The scheme has nine COVID-19 vaccine candidates covering a range of technologies and scientific approaches. Some are in late-stage clinical trials and could have data available by year-end. Only two of the potential COVID-19 vaccines are being tested in Africa, said Richard Hatchett, chief executive officer of the Coalition for Epidemic Preparedness Innovations (CEPI), which co-leads the COVAX project with the WHO and the Gavi vaccines alliance. “Testing vaccines on the continent ensures that sufficient data is generated on the safety and efficacy of the most promising vaccine candidates for the African population so they can be confidently rolled out in Africa,” he said. John Nkengasong, the head of the Africa Centres for Disease Control and Prevention, told an online news conference that talks with COVAX would supplement other negotiations with nations such as China, Canada and the United States over securing access to shots. The continent has fared better than expected, health experts say. The number of new cases fell 11% in the past four weeks, Nkengasong said. “We are seeing an epidemiological curve that is either stabilising or decreasing, representing a sign of hope,” he said, adding that inadequate testing still means the picture is incomplete.