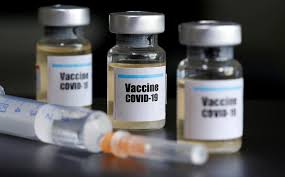 The European Union hopes it will get 30 million doses of a potential COVID-19 vaccine by the end of the year, the first batch in a deal struck with British drugmaker AstraZeneca, a European Commission official said on Thursday. Assuming one dose per person, such a first batch would cover 6-7% of the EU population. The European Commission has made a 336-million-euro ($397.8 million) down payment to AstraZeneca to secure at least 300 million doses of its potential vaccine, with an option to buy a further 100 million doses. “We want all the member states to have the same price but also to have the vaccine at the same time. It means that, for instance, for AstraZeneca, we will have I would say at the end of this year a certain number of doses – hopefully 30 million doses,” the official said .“These doses will be distributed pro-rata among the member states and so on and so forth until we get to a total of the 300 million doses we have negotiated. ”The official noted that the European Commission itself would not own a single vial. The EU’s 27 member countries, which have all opted into the deal, would have to purchase doses. They would also decide themselves who to vaccinate first .Brussels is also in advanced talks with Johnson & Johnson, Sanofi, Moderna and CureVac for their potential vaccines. The Commission official said it was also hopeful of bridging a small gap in talks with Pfizer and BionTech for the shot they are developing together.

Sanofi, GSK launch trial for COVID-19 protein-based vaccine – Reuters
WHO aiming for 20% of Africa to get initial COVID jabs from access plan – Reuters