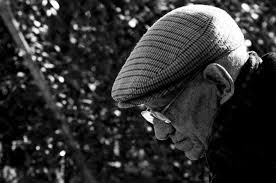 (Reuters Health) – Some of society’s most vulnerable citizens are also most likely to overlook cancer warning signs, a new U.K. study suggests.

While Britain provides health care for everyone and has campaigns to boost cancer awareness, the researchers found that many groups need more education and encouragement to seek help for symptoms.

“Many campaigns are still not targeted to specific population subgroups, and a ‘one-size-fits-all’ approach is not likely to be the most effective,” said lead author Maja Niksic, a doctoral student in cancer epidemiology and population health at King’s College London.

Niksic said her own father did not recognize his cancer symptoms and delayed seeing a doctor until her mother, a physician, insisted.

“People often do not prioritize their health until they get ill,” Niksic said. Or they may have trouble knowing the warning signs, she noted.

As reported in the British Cancer Journal, the researchers analyzed data on nearly 39,000 women and men from 18 surveys on cancer awareness across England during 2009-2011. Although similar to the general population in gender and age, the survey participants were, on average, of lower socioeconomic status.

On average, participants recognized about seven out of nine common cancer signs and symptoms. Forty percent recognized all nine.

People aged 55 to 74 were most likely to recognize all the signs and symptoms of possible cancer.

About two thirds of participants identified at least one barrier to seeking medical help and about one third reported three or more barriers.

Women faced more emotional barriers to seeking treatment than men and were 40 percent more likely to put off seeing a doctor because they were “too scared.” Single people were also reluctant to seek help because of emotional barriers.

People living in poorest areas were 37 percent more likely than the most affluent to overlook the nine common cancer signs and symptoms. Residents of deprived areas and those with low education levels were more likely to delay seeing a doctor because of embarrassment, fear and transportation difficulties than those living in affluent areas or with more education.

“Clinicians know that these patients tend to be vulnerable, but I think the study does a really good job of highlighting that with real data and showing that this is a very significant problem,” said Supriya Mohile, who directs geriatric oncology at the Wilmot Cancer Institute of the University of Rochester Medical Center in New York state.

“Also, this will guide future interventions in terms of trying to close this knowledge gap where the most vulnerable patients aren’t getting the appropriate care,” said Mohile, who was not involved in the study.

Elderly people also reported trouble arranging transportation to the doctor, as did people who were married but separated.

The authors point out that although England has a National Health Service, underprivileged people may still have trouble accessing medical care. They suggest raising awareness in poor communities and reassuring people about the benefits of early detection.

“The elderly might benefit more from educational campaigns aimed at improving their understanding of potential symptoms of cancer, and, perhaps, differentiating these from other age-specific disorders, such as osteoarthritis,” said Niksic. “Both groups (the underprivileged and the elderly) need to have affordable and appropriate transport options to reach health services.”

Mohile said she suspected the gaps in knowledge and willingness to seek medical care were even greater in the U.S., where there’s more “more variability in access to health care.”

“I think some of the conditions that they talked about here like being embarrassed, fearful, difficulty in transportation are very common too in the U.S., so there’s a lot of denial,” Mohile said by email.