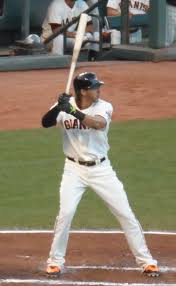 (Reuters Health) – Professional baseball players may not be fully recovered when they return to play after a concussion, a new study suggests.

Researchers found that in the first weeks of play after time off for a concussion, major league players performed worse than players coming back from non-medical leaves of absence.

“One of the things we’re always trying to understand is what is the impact of concussion on anything someone does,” said Dr. Jeffrey Bazarian, the study’s senior author and a concussion expert at the University of Rochester in New York.

Unlike other sports and activities where concussions are common, Bazarian told Reuters Health in a phone interview that baseball provides researchers with a unique opportunity.

“The thing that’s nice about baseball is that there are so many statistics kept on each player,” he said, adding that they can see how a player performs before and after a leave of absence.

For the study, published in the American Journal of Sports Medicine, the researchers used information on Major League Baseball (MLB) players from a performance database and disabled list records. They found 66 concussions from 2007 through 2013 after eliminating players with missing data, repeat injuries or leaves longer than 35 days. There were 68 times players took bereavement or paternity leave.

After accounting for the players’ performance before their leaves, their playing positions and the time they spent off the field, the researchers found that players with concussions performed worse in the two weeks following their return, compared to those out on leave.

“We would speculate that the concussion affects a few brain pathways involved with the skill of hitting a ball coming at you at 90 miles per hour,” Bazarian said, adding that it may affect tracking the ball and upper body and head coordination.

MLB’s current concussion protocol includes neurological testing for athletes before the season to compare with test results after concussions. It also includes a seven-day disabled list for concussions and protocols for allowing players to return to play.

“We feel that the fact that the rate of concussion is very low in Major League Baseball and most people don’t return to the disabled list after they’ve been clear is pretty good,” said Dr. Gary Green, MLB’s medical director. “We also track these people when they return to play to make sure they’re not experiencing any symptoms.”

Green, who was not involved in the new study, also pointed out several issues that may affect the study’s results, including vast differences between the two groups in the number of days missed and the positions played. Also, he said, the databases used for the study may not accurately capture what is and is not a concussion.

“The problem with the paper is it has major methodological flaws that prevent it from having a whole lot of value,” said Green, who is also a sports medicine expert at the University of California, Los Angeles.

He also said that it’s in the teams’ best interest to make sure their players are delivering their best performances.

“Why would a team put a guy out there if they’re not going to be performing at their highest level,” he noted.

Bazarian and his colleagues suggest in their paper that current tests may not be sensitive enough to pick up lingering issues that affect accuracy on the field.

“This is a great example where we think people are recovered and they may not be,” Bazarian said.

The researchers can’t say whether the players, if they are not fully recovered, are harmed by returning to the field with some lingering problems stemming from the concussion.

“That’s really the implication for not just Major League Baseball, but college baseball and high school baseball,” Bazarian said. “We need to do more research to figure that out.”