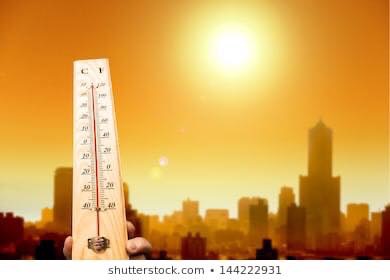 SINGAPORE (Reuters) – A dramatic surge in coronavirus infections in Southeast Asia in recent days has increased doubts over a theory that warmer weather could stem the spread of the virus, health experts say.

Relatively low cases of infections in many Southeast Asian countries had been cited as possible evidence that hotter weather was suppressing the virus, giving hope to Europe and the United States as they head into spring.

But countries from Indonesia to Thailand to Malaysia and the Philippines have recorded their highest rate of infections in recent days as testing has ramped up, in a sign seasonal factors may only play a limited role in coronavirus’ spread.

“People in Europe hope warm weather will kill the virus. I doubt this will be the reality.”

The coronavirus, which causes a respiratory disease called COVID-19, has infected almost 170,000 and over 6,500 have died.

Though a limited amount is known about the new virus, some of the symptoms show similarities with winter influenza, which is more widespread in colder temperatures, although this is partly attributed to people crowding together inside.

Places where the virus has been felt most severely, such as Wuhan in central China, northern Italy and parts of the United States, share similar climates and temperatures.

The 2002-2003 epidemic of severe acute respiratory syndrome (SARS) eased over the summer months, although it is not clear if that was related to weather or coincided with tighter public health interventions.

The World Health Organisation said this month that there was no evidence that temperature would play a role in the coronavirus outbreak but it was an avenue worth exploring.

In Southeast Asia, which shares a hot tropical climate, many countries had reported few cases even months after the initial outbreak at the end of last year in China, in spite of the region’s close travel, business and investment ties to China.

But health experts said, rather than the hot climate, this was more down to limited testing, under-detection due to a lack of resources and more imported cases as the virus moves to multiple epicentres outside of China.

“At best, warm weather might influence the spread but it will not see the end of it,” said Dale Fisher, chair of the Global Outbreak Alert and Response Network coordinated by the World Health Organisation.

“What is important is how effectively countries are isolating cases, removing people from communities. That’s the biggest factor, not the weather.”

The spike of cases in many Southeast Asian countries has been dramatic in recent days, leading governments to take drastic action to stem the tide.

In the Philippines, deaths more than doubled to 12 at the weekend, with confirmed cases rising to 140 – compared to three 10 days ago – prompting authorities to place the entire capital Manila under “community quarantine”.

Malaysia reported a further 125 coronavirus cases on Monday – bringing its total to 553 – the highest in Southeast Asia. Many were linked to a single event at a mosque.

Indonesia confirmed 17 more cases on Monday, taking its toll to 134, amid concerns that there could be large under-reporting in the world’s fourth most populous country.

Indonesia, which only recorded its first cases on March 2, had carried out only 220 tests a week ago but that has now risen to nearly a thousand.

Singapore, which has been widely praised for its monitoring and isolation of infected patients, from Monday implemented tighter restrictions on visitors from other Southeast Asian countries after a wave of imported cases from the region.

With so much still not known about the coronavirus, health experts say countries should not rely on warmer weather to slow the rapid spread of the virus across the globe.

“It is too simplistic to suggest a tropical climate can stop coronavirus because there are many other factors, like human to human contact which can happened very fast,” said Sugiyono Saputra, a microbiology researcher at the Indonesian Institute of Sciences.

“Environmental factors may not affect the virus at all.”