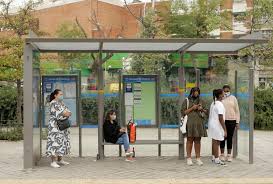 The Spanish government has recommended reimposing a partial lockdown on all of Madrid city to curb the spread of coronavirus after local authorities imposed restrictions on just some areas of the wider region, the health minister said on Friday. “These are the minimum measures we have to take to control the spread of the virus in the city,” Salvador Illa told reporters. Spain, one of the countries in Europe worst-affected by the pandemic, was under a draconian lockdown from March until May in which people could not leave their homes. But after restrictions were totally lifted on June 21, the pandemic has surged again. On Friday, Spain’s tally of confirmed coronavirus cases rose by 12,272 from the previous day to 716,481, the highest number in Western Europe, while more than 31,000 people have died from the disease. In a clash between the national government and regional authorities, Minister Illa announced his recommendations at a news conference at the same time as Madrid unveiled much softer measures which only cover some areas of the region. The Madrid regional authorities extended a partial lockdown in 45 health areas, mainly low income with high density rates, where the contagion rate is above 1,000 cases per 100,000 people. The measures affect one million of the 6.7 million Madrid region residents. Illa said that the Madrid regional authorities had the sole power to make this decision. But he publicly criticized the “shortcuts” being taken by the regional government and said they would not be enough to control the pandemic. Spain’s regions control education and health care. A new partial lockdown would ban people from travelling outside of the city but they will be able to leave their homes and to go to work and school. Bars and restaurants will be closed at 10pm, only in the 45 lockdown areas, contrary to the central government’s criteria calling for such a restriction to be imposed throughout the region. The central government said members of the Military Emergency Unit were to disinfect over 200,000 square metres of Madrid’s main food market, Mercamadrid, on Friday afternoon. The market plays an important role in the food supply chain for Madrid and the rest of Spain. WORSENING SITUATIONExperts have been warning Madrid for weeks that the numbers were rapidly worsening, with a high number of ICU beds occupied and over a third of hospital admissions in Spain. The fact that the confined areas are working class has sparked many protests over possible “class confinement”, which led to clashes between protesters and police on Thursday night, with three arrested and six injured. “It’s a shame, because people are without work,” said retiree Isabel, who lives in the Puente de Vallecas neighbourhood. Some experts doubt whether the measures will be successful, as more than 85% of workers affected by mobility restrictions in Madrid this week commute to zones with no restrictions to work, according to a study by the Polytechnic University of Madrid.