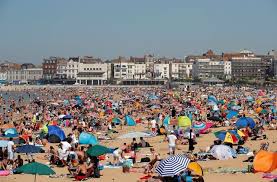 Over 80% of people in Britain are not adhering to self-isolation guidelines when they have COVID-19 symptoms or had contact with someone who has tested positive, a study has found. A majority were also unable to identify the symptoms of COVID-19, the respiratory disease caused by the new coronavirus. The research raises major questions about the effectiveness of England’s Test and Trace programme as Prime Minister Boris Johnson seeks to keep a lid on rising infection numbers with new restrictions. The research, led by King’s College London, found that only 18.2% of people who reported having symptoms of COVID-19 in the last seven days had not left home since the symptoms developed, and only 11.9% requested a COVID-19 test. It also found that only 10.9% of people told by the NHS Test and Trace scheme to self-isolate after close contact with a COVID-19 case had done so for 14 days as required. The government last week introduced fines of up to 10,000 pounds ($12,780.00) for breaking self-isolation rules, and are offering a 500-pound support payment to low-paid workers who lose income from quarantining. The researchers said that financial support for self-isolating could encourage adherence. “Our results suggest that financial constraints and caring responsibilities impeded adherence to self-isolation, intending to share details of close contacts, and quarantining of contacts,” they wrote. Johnson promised a “world-beating” test and trace system, but it has been dogged with problems, regularly failing to meet a target of reaching 80% of contacts. A tracing app finally launched on Thursday after four months of delays. Reasons for non-compliance ranged from not knowing government guidance to being unable to identify the symptoms, the study found. Just under half the participants were able to identify the key symptoms of COVID-19 of cough, a fever and a loss of sense of taste or smell. The study used data collected between March 2 and Aug. 5, and was based on 42,127 responses from 31,787 participants aged over 16.As of Thursday, Britain had the highest death toll from COVID-19 in Europe, at 41,902.