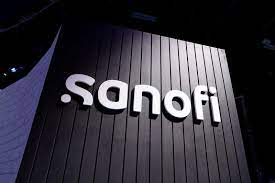 June 29 (Reuters) – French drugmaker Sanofi (SASY.PA) said on Wednesday uninsured diabetes patients in the United States will pay no more than $35 for 30-day supply of insulin, in the wake of heightened public scrutiny over soaring prices of the life-saving drug.Sanofi said the new price, down from the prior out-of-pocket cost of $99, will be effective from July 1.U.S. lawmakers have pulled up healthcare companies over rising costs of insulin and the U.S. House of Representatives in March passed a bill capping monthly out-of-pocket insulin costs for those with health insurance at $35.According to a 2020 Commonwealth Fund study, about two thirds of uninsured insulin users aged 18 to 64 paid the full price – an average of $900 a month – for the life-sustaining medicine.Sanofi with Eli Lilly and Co (LLY.N) and Novo Nordisk (NOVOb.CO) make up 90% of the U.S. market for insulin. In 2020, Lilly announced a new co-pay scheme that covers most of its insulin products, capping the out-of-pocket cost for insulin to $35 per month.Around 37.3 million Americans, or 11.3% of the population, have diabetes, according to the American Diabetes Association.