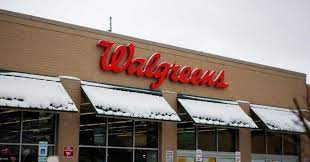 June 30 (Reuters) – Walgreens Boots Alliance Inc (WBA.O)reported a quarterly adjusted profit ahead of analysts’ estimates on Thursday, as demand for its products in UK-based Boots offset a decrease in U.S. pharmacy sales on waning demand for COVID-19 vaccinations.Shares of the second-biggest U.S. drugstore retailer by store count were down 2% in premarket trading after the company maintained its full-year profit forecast.Walgreens had been relying on gains from administering COVID-19 vaccines to tide over losses from low prescription volumes and over-the-counter sales of health and wellness products in recent quarters due to the pandemic.The U.S. pharmacy chain on Tuesday abandoned plans to sell Boots, citing lack of adequate third-party offers as well as ongoing strong performance in its UK business after putting the unit up for sale in January. Net income attributable to Walgreens plunged to $289 million, or 33 cents per share, in the third quarter ended May 31, from $1.2 billion, or $1.38 per share, a year earlier.The company took a charge of $683 million related to its settlement with Florida in May over claims that it had exacerbated the opioid crisis in the state. (https://reut.rs/3nz8Y8t)Excluding one-off items, the company’s earnings for the quarter were 96 cents per share, above consensus analysts’ estimate of 92 cents, as per Refinitiv data.Same-store sales at its Boots UK retail stores increased 24% from a year earlier, led by higher demand for beauty products.In the third quarter, it administered about 4.7 million doses of vaccines and sold 3.9 million tests, lower than 11.8 million doses and 6.6 million tests in the second quarter.[nL4N2TM2A5]