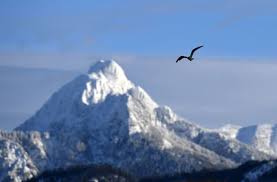 Pandemics will emerge more often, spread faster, cost more and kill more people than COVID-19 without bold action to halt the habitat destruction that helps viruses hop from wildlife to humans, according to a study published on Thursday.

The findings www.ipbes.net/pandemics suggest that moves to protect tropical forests and other rich ecosystems to help slow climate change and save animal, bird and plant species could also prevent pandemics.

The group found that about half of an estimated 1.7 million undiscovered viruses in nature might be able to infect people.

Activities such as trading in wildlife, poaching or clearing forest to grow soy or palm oil can bring humans and pathogens into closer proximity. Scientists say COVID-19 probably originated in bats and began spreading among humans at a market in China.

Prevention would be 100 times cheaper than the cost of responding to pandemics, but governments as yet mostly rely on reactive measures such as vaccines, the report found. It called for greater international collaboration to curb the risks.

The global cost of COVID-19 was estimated at $8-16 trillion by July. The cost in the United States alone could reach up to $16 trillion by late next year, the report said.

The study was produced by a government-backed group, the Intergovernmental Science-Policy Platform on Biodiversity and Ecosystem Services, which has more than 130 member states.

Experts who were not involved endorsed the conclusions. John Spicer, a marine zoologist at Britain’s University of Plymouth, welcomed the focus on pandemics, biodiversity and climate.

“Transformative change is what is required and this is what the report puts forward,” Spicer said.