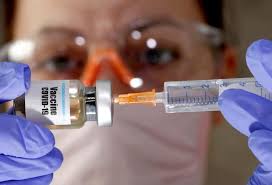 Social media disinformation campaigns designed to cast doubt on the safety and effectiveness of vaccines are contributing to vaccine hesitancy and a meaningful drop in annual coverage, a new cross-national study suggests.

Researchers examined overall Twitter use per country from 2018 to 2019 in a global database of geocoded tweets, then extracted data on 258,769 tweets related to vaccinations. They measured the sentiment of tweets using the Polyglot Python Library; assessed the aggressiveness of foreign vaccine disinformation campaigns on a 5-point scale with higher scores indicating more intense efforts. They also examined public attitudes about vaccine safety and vaccination rates for 10 common vaccine doses between 2008 and 2018.

Based on the analysis of social media activity for up to 190 countries, researchers found that each 1-point increase in efforts by foreign vaccine disinformation campaigns on social media was associated with a 15% annual increase in the number of negative tweets about vaccination.

Each 1-point increase in the foreign disinformation efforts was also associated with a mean 2-percentage-point decrease in annual vaccine coverage, and a cumulative decline of 12 percentage points across the decade-long study period, researchers report in BMJ Global Health.

“Since any and all opinions can be presented as fact, this proliferation makes it more difficult for individuals to be informed about particular issues, because truth is lost in noise,” said study co-author Steven Wilson, an assistant professor of politics at Brandeis University in Waltham, Massachusetts, and co-director of the Digital Society Project.

“When combined with the presence of disinformation, the effect can be creating questions about whether established facts are in fact established,” Wilson said by email. “The creation of doubt is particularly harmful when it comes to vaccination, because it is the introduction of uncertainty that causes hesitancy.”

One limitation of the study is that Twitter isn’t used in every country, and also isn’t the only social media platform used to disseminate disinformation about vaccines, the study team notes. Researchers also were not able to examine specific content of foreign disinformation campaigns or the prevalence of anti-vaccination propaganda.

“We are seeing more and more that some celebrities and social media influencers with a very large reach are sharing anti-vax material,” said Anders Hviid, a professor of pharmacoepidemiology at Statens Serum Institut in Copenhagen, who wasn’t involved in the study.

“We have also seen that anti-vax material has been featured prominently by the algorithms of Facebook, Google search and YouTube,” Hviid said by email. “This constant bombardment of misinformation will erode trust in even the most well-educated populations eventually.”

This makes it incumbent on clinicians to do what they can to provide accurate information about vaccines and stress the importance of inoculations, said study co-author Charles Shey Wiysonge, director of Cochrane South Africa, a unit of the South African Medical Research Council, based in Parow Valley, Western Cape; and a professor of global health at Stellenbosch University.

“Clinicians should adopt a patient-centered approach, for enhancing patients’ internal motivation to change by exploring and solving their own doubts,” Wiysonge said by email. “Patients should be engaged in a collaborative working relationship, which allows the patients to feel involved in the vaccination decision, in a respectful and non-judgmental atmosphere.”