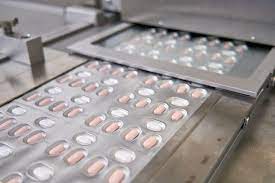 March 9 (Reuters) – Pfizer said on Wednesday it has begun a mid-to-late-stage study of its antiviral COVID-19 pill for non-hospitalized children aged 6-17 years who are at high risk of developing severe illness.Pfizer’s Paxlovid pill is authorized for emergency use in the United States for kids 12 years or older and high-risk adults. But there are no oral antiviral treatments for COVID-19 authorized in the United States for younger children. The drugmaker plans to enroll 140 children in the study across two groups of 6- to 17-year-olds, with one group including those at least 40 kilograms in weight and the other weighing between 20 kgs and 40 kgs. “Since the beginning of the pandemic, more than 11 million children under the age of 18 in the United States alone have tested positive for COVID-19, representing nearly 18% of reported cases and leading to more than 100,000 hospital admissions,” said Pfizer Chief Scientific Officer Mikael Dolsten. Pfizer said on Wednesday it was also working to develop an age-adjusted formulation of the drug for patients younger than 6 years and will start enrolling three groups of kids under 6 once the modified formulation becomes available. Data from a mid-to-late stage study in November showed Paxlovid was nearly 90% effective in preventing hospitalizations and deaths compared to placebo, in adults at high risk of severe illness.

COVID cases, deaths falling in Americas, but too soon to lower guard – PAHO
Architect of Sweden’s light-touch COVID response gets job at WHO