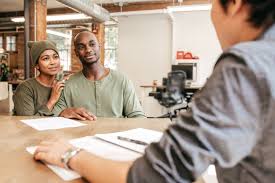 Demonstrators lie on the ground as the Senate Finance Committee holds a hearing on a Republican effort to repeal and replace the Affordable Care Act on Capitol Hill in September. REUTERS/Aaron P. Bernstein

Republicans in Congress have repeatedly failed to repeal and replace former President Barack Obama’s healthcare law, which they have said drives up costs for consumers and interferes with personal medical decisions. Democrats have warned that repeal would leave millions of Americans without health coverage.

President Donald Trump promised to kill Obama’s Affordable Care Act in his 2016 election campaign, and has taken steps to undermine a law he has declared “dead” and “imploding”. Trump’s administration cut Obamacare advertising by 90 percent and shortened the enrollment period by half.

“The market’s going to be extremely confusing. There’s going to be entire complexity of choice,” said David Anderson, a health policy researcher at Duke University.

Obama took to social media on Wednesday, encouraging Americans who need insurance to sign up on the federal Healthcare.gov website. He stressed that government tax credits would keep coverage affordable for most.

Obama asked people to get out the word, “because this country works best when we look out for one another.”

A new Trump ad, paid for by the Republican National Committee, blamed Democrats for Obamacare’s “skyrocketing” insurance premiums and for blocking efforts to repeal the law.

Obamacare advocates have warned that sign-ups for individual insurance coverage under the law could drop by about one million people in 2018 compared with 2017. The nonpartisan Congressional Budget Office estimates that four million fewer people will sign up for Obamacare private insurance than previously forecast due to Trump policies.

Still, CBO expects total enrollment to reach 11 million in 2018, up from the around 10 million who obtained and paid for coverage in 2017. Administration officials could not immediately say when 2018 enrollment data would be made public.

The Trump administration has cut the 2018 enrollment period in half to six weeks from Nov. 1 to Dec. 15 for states using the federal Healthcare.gov website. Enrollment previously ran until Jan. 31, and many consumers tended to sign up in the last two weeks, according to state officials and organizations that help people choose insurance.

The administration has also cut off billions of dollars in subsidies that insurers use to discount out-of-pocket medical costs for low-income Americans and cut funding to groups that help people enroll in health insurance.

Several insurers have exited Obamacare markets due to concerns over subsidies and other Trump actions. Those that remained raised monthly premium prices to account for the lost government subsidies.

Senate Republicans and Democrats are working on legislation to stabilize Obamacare markets in the short term, including restoring the subsidies. But Trump has sought more far-reaching changes, and urged Republicans to take up full-scale repeal again in the coming months.

The Department of Health and Human Services said on Monday that premiums for the most popular Obamacare plans would rise 37 percent in 2018. Americans eligible for Obamacare tax credits to buy insurance may pay less for coverage, but middle-class consumers who do not get subsidies will face much higher prices for these plans.

“It’s been such a flood of information. A lot of the population thinks the Affordable Care Act has already been put under,” said Daniel Polsky, a professor at the University of Pennsylvania and executive director of the Leonard Davis Institute of Health Economics. “The strange premium increases are going to be very confusing for consumers.”

The Trump administration is now planning changes for 2019. Last week, it proposed a rule giving states more flexibility over the benefits that must be covered by insurance. Under Obamacare, all insurers have to cover a set of 10 benefits, such as maternity and newborn care and prescription drugs.