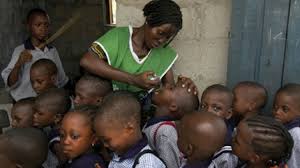 Nigeria marked its first year without a single case of polio on Friday, reaching a milestone many experts had thought would elude it as internal conflict hampered the battle against the crippling disease.

It means the country could come off the list of countries where polio is endemic in a few weeks, once the World Health Organization (WHO) can confirm that the last few samples taken from people in previously affected areas are free of the virus.

This achievement turns up the pressure on Pakistan, where most of the few polio cases in the world remain, to follow suit.

Nigeria’s polio-free period, dating from July 24, 2014, is the longest it has gone without recording a case. The hope is that next month the entire African continent will have gone a full year without a polio infection, with the last case recorded in Somalia on Aug. 11, 2014.

All this brings tantalizingly closer the prospect that polio will soon become only the second human infectious disease after smallpox to be eradicated.

“It’s an extraordinary achievement. It really shows the value of government leadership and taking ownership of the program,” said Carol Pandak, the director of Rotary International’s polio program.

A disease that until the 1950s crippled thousands of people a year in rich and poor nations alike, the poliomyelitis virus attacks the nervous system and can cause irreversible paralysis within hours of infection.

It often spreads among young children and in areas with poor sanitation – a factor that gives it freedom in areas of conflict and unrest. But it can be halted with comprehensive, population-wide vaccination.

Nigeria had struggled to contain polio since some northern states imposed a year-long vaccine ban in mid-2003. Some state governors and religious leaders in the predominantly Islamic north alleged the vaccines were contaminated by Western powers to spread sterility and HIV/AIDS among Muslims.

Traditional leaders throughout the country pledged in January 2009 to support immunization campaigns and push parents to have their children vaccinated. But at about the same time Boko Haram militants began a bloody insurgency to carve out an Islamist state in the northeast.

In 2012, Nigeria still seemed to be losing the battle against polio, recording more than half of all the world’s cases.

Tactics such as engaging the traditional and religious leaders, and polio survivors in immunization campaigns and using thousands of voluntary workers to build trust, were also vital, as will be the continuation of high levels of vaccine coverage to keep the virus at bay.

“We’re well on the way,” Tomori told Reuters. “It’s a time of great happiness, but we don’t want to celebrate prematurely.”

Since the Global Polio Eradication Initiative was launched in 1988, there has been a more than 99 percent reduction in polio cases worldwide.

Back then the disease was endemic in 125 countries and caused paralysis in nearly 1,000 children a day. By contrast, so far in 2015, there were only 33 new cases worldwide – 28 of them in Pakistan, with the rest in Afghanistan.

Nigeria still has two more years before it, along with the whole of Africa, can be certified officially polio-free by WHO, but health experts say its achievement bodes well for wiping the disease out. Global health experts still hold out hope for an end to polio worldwide by 2018.

Pandak says it’s now Islamabad’s turn to feel the huge international pressure Abuja came under to commit itself to finding every last polio case and vaccinating every last child.

“When you’re the last country in a region to still have polio, there’s a lot of pressure from the global community and from your neighbors,” she said.

“Everybody spurs you on, polio gets talked about at the highest levels of government, and that pressure is something Pakistan is acutely politically aware of.”

While Pakistan has more polio cases than anywhere else this year – neighboring Afghanistan has recorded five – it is doing better, with 70 percent fewer cases this year than last.