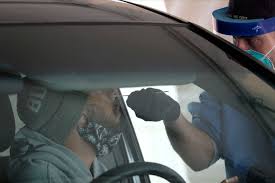 The coronavirus pandemic raged across the United States last week, as the country elected a new president, with the daily number of new infections hitting record highs for four straight days.More than 770,000 new cases were diagnosed in the week ended Nov. 10, up 34% over the previous seven days. Deaths increased 15% to more than 6,600 people, the highest one-week total since mid-August. Health experts say deaths tend to increase four to six weeks after a surge in infections.President-elect Joe Biden planned to convene a task force to tackle the pandemic and on Monday hailed progress on a vaccine that Pfizer Inc PFE.N said was more than 90% effective.“Dealing with the coronavirus pandemic is one of the most important battles our administration will face, and I will be informed by science and by experts,” Biden said in a statement.Cases are up in most of the country, including several states that fared relatively well over the summer and early fall including Maine, Vermont, Washington and Hawaii. The upper Midwest continued to be a driver of new cases, with Illinois, Wisconsin, Michigan, Minnesota, Iowa and Indiana accounting for nearly one-third of all new cases in the country.The number of new tests increased 9.3% last week, well behind the rate of new infections. About 8.2% of tests came back positive for the new virus, the highest since early May.Iowa’s positive test rate stood at 62.3% last week, while South Dakota and Idaho each reported positive test rates over 40% as well.The World Health Organization considers rates above 5% concerning because it suggests there are more cases in the community that have not yet been uncovered.