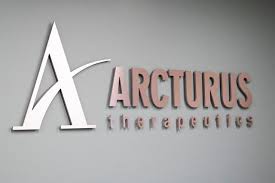 U.S. biotech firm Arcturus Therapeutics said it expects to start distributing its COVID-19 vaccine candidate in the first quarter of next year after early stage trials showed promising results.The firm said in a statement late on Monday it had already struck multi-million dollar supply deals with Israel and Southeast Asian city-state Singapore, where it is working on the vaccine with a local university and has been conducting trials.Arcturus said its ARCT-021 vaccine candidate has been generally well tolerated in trials so far, with the majority of adverse events being mild. It added it was urgently working to start later stage studies and expects to begin shipments early next year.The news came as Pfizer Inc said its COVID-19 vaccine is more than 90% effective based on initial trial results, a major victory in the war against a virus that has killed over a million people and battered the world’s economy