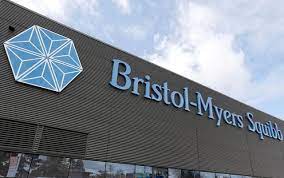 NEW YORK (Reuters) – An experimental Bristol Myers Squibb drug from a new class of immunotherapy used in combination with its big-selling cancer medicine Opdivo significantly extended the time it took for advanced melanoma to worsen compared with Opdivo alone, according to early data from a study released on Wednesday.

Patients with previously untreated melanoma that had spread or could not be removed by surgery who received relatlimab plus Opdivo on average went 10.1 months before the deadly skin cancer began to progress, a measure known as median progression-free survival (PFS). That compared with PFS of 4.6 months for those who received Opdivo alone in the study of more than 700 patients.

The trial has not been running long enough to generate data on whether the combination therapy also extends overall survival in melanoma patients.

Relatlimab belongs to a new category of immune checkpoint inhibitors that target a protein called lymphocyte-activation gene 3 (LAG-3). There are currently no approved LAG-3 drugs.

The drug can restore the function of “exhausted” T cells, which may affect tumor growth, Bristol Myers Chief Medical Officer Samit Hirawat said in an interview. This could also improve the performance of Opdivo, which works by targeting a different protein called PD-1.T cells are an important component of the disease fighting immune system.

Relatlimab would be the third checkpoint inhibitor in Bristol Myers’ immuno-oncology arsenal. It also has the CTLA-4 inhibitor Yervoy.

“This is the 10th year anniversary for us for Yervoy, the first immuno-oncology agent that was approved,” Hirawat said. “And here we are, adding a third immuno-oncology agent in our pipeline which has the promise of delivering not only for melanoma, but potentially for other tumor types as we look to the future.”

The next test for the Opdivo/relatlimab combination would likely be in melanoma following surgery, he said. The company has also started Phase II trials looking at the combination in liver cancer and with chemotherapy for non-small cell lung cancer.

The data will be presented next month at the annual American Society of Clinical Oncology (ASCO) scientific meeting.