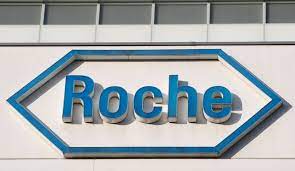 An immunotherapy showed for the first time it can help early-stage lung cancer patients survive longer without their disease returning, according to data released on Wednesday, a potential turning point for such drugs to be used before tumours spread.

The drug, Tecentriq from Switzerland’s Roche (ROG.S), works like other immunotherapies including Merck’s (MRK.N) Keytruda and Opdivo from Bristol Myers Squibb (BMY.N), helping take the brakes off the immune system so it can attack tumours.

While regarded as an important treatment breakthrough, this class of drugs has so far been largely deployed against advanced lung cancer that has metastasized, attacking other organs including the brain.

“Until this trial, the only treatment that was known to help reduce that risk for most patients was chemotherapy.”

In Roche’s trial, Tecentriq helped patients with stage II-III lung cancer survive disease-free for a median of 42.3 months following surgery and chemotherapy, compared to 35.3 months for patients who didn’t get Tecentriq.

While Bristol Myers and Merck are doing their own immunotherapy trials in earlier-stage lung cancer, Roche, armed with Wednesday’s data, may have a short head start which could help lift late-to-market Tecentriq’s fortunes.

The drug reaped $3 billion in 2020 sales, still far behind more-established Keytruda, with $14.3 billion, and Opdivo’s $7 billion.

“This is the kind of clear result, with an established endpoint, disease-free survival, that is clinically meaningful and that we hope health authorities will embrace,” Fuchs said in an interview about the ASCO data.