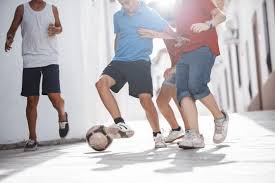 Medication may reduce injury risk for kids with ADHD

Children with attention-deficit hyperactivity disorder (ADHD) are less likely to have accidents that land them in the emergency room than those who are not on medication, according to a new study.

“In addition to reducing accidental injuries, the medication often is helpful in helping the child do better in school,” said Dr. James Leckman, a professor and child psychiatrist at Yale School of Medicine in New Haven, Connecticut.

“But many children with ADHD can also do well in school not on medication if the parents and teachers are aware of the issues and address them with appropriate accommodations,” said Leckman, who coauthored the new study.

ADHD medications can have unwanted side effects like trouble sleeping, anorexia, weight loss, reduced growth rates and headaches, and the decision to treat with medication needs to be a joint decision by the family and clinician, Leckman said.

He and his coauthors used Danish national health registries to look at data on more than 700,000 people, and recorded reports of injuries and ER visits as well as drug prescriptions.

The researchers included all children born in Denmark between 1990 and 1999, including 4,557 who had been diagnosed with ADHD between ages five and 10 years, and followed their health status through the end of 2010, as reported in The Lancet Psychiatry.

Of those children diagnosed with ADHD, about one quarter were treated with prescriptions for the condition, often the stimulant methylphenidate (Ritalin), for at least six months.

That is an important decrease in risk, Leckman told Reuters Health by email.

In some settings, ADHD may be diagnosed too frequently, and each case of ADHD is unique and will require a risk-benefit analysis to decide on treatment, he said. It is more frequently diagnosed in the U.S. than in Denmark, he added.

“There have been a number of articles reporting an increased risk of accidents in children with ADHD,” Leckman said. “Young children move around a lot and children with ADHD can be inattentive and distractible as well as being impulsive with poor inhibitory control.”

Fall injuries are fairly common for younger children with ADHD, and bicycle or car accidents are not uncommon for older children, he said.

Parents can help prevent injuries by anticipating times of greatest risk – like when kids will be subject to peer pressure, have no adult supervision or when alcohol and drugs are available – and encouraging their child to take precautions, he said.

Since this was an observational study, we can’t necessarily say that medication caused a reduction in injuries, according to Dr. Jeffrey Newcorn of the Icahn School of Medicine at Mount Sinai in New York, who wrote a commentary accompanying the new results.

“One certainly could wonder whether kids who had ADHD and did not receive medication would have had a reduction in their rate of accidental injury if they had taken medication,” Newcorn told Reuters Health by email. “You can’t say that for sure.”

Even if they did, non-medication therapies might have reduced the rate of accidental injury as well, though that was not part of the new study, he said.

“So, no, you cannot conclude that more kids with ADHD should be taking medication,” Newcorn said. “But the fact that medication was associated with a reduced rate of accidental injury supports the potential value of this treatment for children who need it and families who opt to pursue it.”