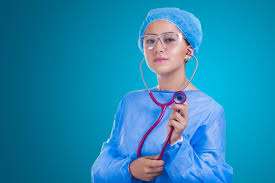 A man facing more than 100 charges for allegedly pretending to be a nurse in a Cape York Indigenous community is facing legal action for lying about registration in Western Australia.

The Australian Health Practitioner Regulation Agency has filed 11 charges against Nicholas William Crawford in WA, relating to allegations he claimed to be a registered and qualified nurse.

The regulator has also filed charges against the 30-year-old Darwin man over some work he undertook in Queensland. Crawford faces 115 charges for allegedly working at Aurukun primary healthcare centre in February and March this year.

Police are also investigating a case in the Northern Territory, where Crawford worked five shifts as an agency nurse in June last year.

A spokesman for the WA country health service said Crawford had worked in one of the state’s remote hospitals over a two-week period last year and that the matter had been referred to police. WA police could not comment on the issue.

The regulator is not prosecuting Crawford in the NT.

“Patients have a right to expect that someone who is purporting to be a nurse has the necessary academic and professional qualifications to support that claim,” said its chief executive, Martin Fletcher.

“Our job is to manage risk to patients, including by making sure that only practitioners who have the qualifications and skills to provide safe care are registered to practise.”

Police allege Crawford gave drugs to children and assaulted patients over the age of 60 at Aurukun, where it is thought he used someone else’s details to get the $100,000-a-year job. His case prompted Queensland Health to screen all employees.