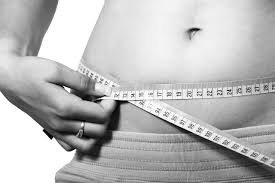 CVS: ‘all bets are off’ for new cholesterol drug contracts

CVS Health Corp, the No 2 manager of drug benefit plans for U.S. employers and insurers, will wait until a second new cholesterol-lowering drug is approved by regulators before negotiating for price discounts or adding either of the much pricer new drugs to its list of covered medications.

The U.S. Food and Drug Administration in July approved Regeneron Pharmaceuticals Inc and Sanofi SA’s Praluent, which works by blocking a protein called PCSK9 that helps “bad” LDL cholesterol stay in the bloodstream. An FDA decision on a second PCSK9 inhibitor, Amgen Inc’s Repatha, is expected later this month.

CVS and other pharmacy benefit managers are concerned about the cost of the PCSK9s compared to older cholesterol fighters such as statins, which are available as generics for less than $50 a month. Praluent, given by injection, has a list price of almost $15,000 a year.

“It’s smart to wait and see what the competitor medication looks like in terms of what the FDA label is,” Dr Troyen Brennan, chief medical officer at CVS, told Reuters, referring to the type of patients who should be given the drug.

Brennan added that “all bets are off” in negotiations between CVS and the PCSK9 drugmakers in terms of which, if either, of the drugs would be added to its formulary, or list of covered medications.

Currently, doctors seeking to prescribe Praluent have to go through a “formulary exception process,” to secure CVS coverage.

Brennan said an exclusive agreement for one of the new drugs would be “a tried and true method” for obtaining the best pricing, but CVS could have deals to place both drugs on its formulary.

He said CVS will institute a “utilization management program,” taking into account issues such as patient history of heart disease or diabetes, as well as overall risk for cardiovascular disease. “We expect patients to first use statins,” Brennan said. “If they can’t use statins, or can’t make (LDL) targets, then they would use PCSK9 inhibitors.”

CVS estimates that about 73 million Americans have elevated cholesterol. Brennan forecast that less than 1 percent of current statin users will be switched to PCSK9s in the first year they are on the market. “That could change as new data comes in on outcome measures,” he said.

Brennan said Praluent will first be used by the small number of people who are genetically predisposed to high cholesterol. “For those patients, the use of this drug is less expensive than the drugs they were on,” he said.