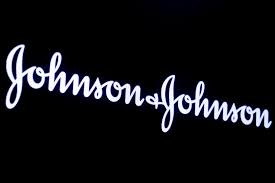 Johnson & Johnson (JNJ.N) said on Thursday its experimental coronavirus vaccine prevented hamsters from getting severely ill, as the drug maker seeks to begin large, late-stage studies in humans later this month. In the pre-clinical study, vaccinated animals lost less weight and had less virus in their lungs and other organs than unvaccinated animals. (bit.ly/3gVS8ey)The company began early-stage human trials in the United States and Belgium in July, after details of a study in monkeys showed its best-performing vaccine candidate offered strong protection in a single dose. Depending on data from the early-stage trial, J&J plans to begin phase 3 testing in the second half of September. In the pre-clinical study reported on Thursday, Syrian golden hamsters, which are more susceptible to diseases than monkeys, were first vaccinated and then exposed to the novel coronavirus after four weeks. The researchers found low levels of antibodies that can neutralize the virus were tied to high levels of weight loss and viral replication in the lungs.