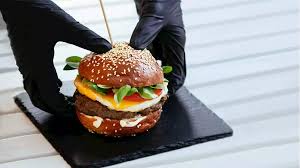 Britain proposed a ban on online advertising of unhealthy foods on Tuesday, as part of its efforts to tackle obesity and improve public health – a mission it says has been made more urgent by the COVID-19 pandemic.The government says obesity is one of Britain’s biggest long-term public health problems with almost two-thirds of adults in England overweight and one in three children leaving primary school overweight or obese.Measures published by the government would, if implemented, ban online adverts for foods high in fat, sugar and salt.“We know as children spend more time online, parents want to be reassured they are not being exposed to adverts promoting unhealthy foods, which can affect eating habits for life,” health minister Matt Hancock said in a statement.Being overweight has been shown to increase the risk of serious illness or death from COVID-19 – a fact highlighted by Prime Minister Boris Johnson who has publicly talked about his own need to lose weight since being hospitalised with the disease.The government said earlier this year it wanted to ban television and online advertising for unhealthy foods before 9 p.m, but the draft measures published on Tuesday would go further and introduce a total ban online.This would include paid-for adverts and search listings, adverts pushed directly on mobile devices and viral advertisements – content produced with the aim of being widely shared on social media. Other forms of online advertising would also be banned.The plan is being put out for consultation with the industry, the public and other interested parties over the next six weeks.#HealthForAll#HealthBroadcastingService#GlobalHealth