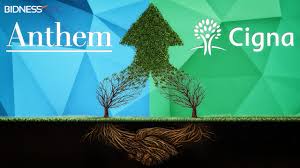 Anthem Inc said on Friday it would buy Cigna Corp for about $54.2 billion, creating the largest U.S. health insurer by membership and accelerating the industry’s consolidation from five national players to three.

Health insurers are finding it tougher to raise prices following the roll-out of President Barack Obama’s healthcare law, while grappling with soaring expenses of medications including cancer drugs that can cost each patient more than $100,000 a year. Anthem said buying Cigna would help it reduce costs and negotiate lower prices with doctors and hospitals.

State insurance regulators and federal antitrust authorities are expected to scrutinize how the Anthem-Cigna and Aetna-Humana deals would affect competition for Medicare and individual and commercial insurance.

Within a few hours of the announcement, several U.S. lawmakers and a leading physicians group said they feared the pending acquisitions would hurt consumers by raising prices or limiting access to healthcare providers.

“The lack of a competitive health insurance market allows the few remaining companies to exploit their market power, dictate premium increases and pursue corporate policies that are contrary to patient interests,” the American Medical Association (AMA) said in a statement.

Under the deal, which the companies expect to close in the second half of 2016, Anthem Chief Executive Joseph Swedish would serve as CEO and chairman. Cigna CEO David Cordani would be president and chief operating officer.

In a joint conference call, Swedish told analysts Anthem had no prior discussions “at all” with regulators about the deal, but was confident about approval.

Shares of Cigna on Friday fell 5.6 percent to $145.72, far below the $188 offered in the buyout, suggesting major Wall Street concern over the antitrust risk.

“Strategically and financially it’s very attractive, but they will face regulatory scrutiny,” said Ana Gupte, analyst with Leerink Partners. “They also both possibly face divestitures and may have to make concessions to consumers to make the merger go through.”

The AMA said its own analysis shows 41 percent of U.S. metropolitan areas already have a single health insurer with a commercial market share of 50 percent or more. It believes the Anthem-Cigna merger would be presumed anticompetitive in at least nine of the states where Anthem operates.

“It is imperative that we closely examine changes in the healthcare market, and what has caused these changes, to ensure that consumers are not harmed,” said Senator Mike Lee, a Republican from Utah who is chairman of the Senate’s antitrust panel.

Apparent worries about regulatory scrutiny have also hit Humana shares, which closed at $181.76 on Friday, well below the value of Aetna’s cash-and-stock offer of $230 per share when it was announced on July 3.

Cigna has 15 million members, and about 80 percent of its business is with self-insured companies which pay it a management fee, according to Leerink. It also serves large and small employers, Medicare Advantage customers and individuals.

About 61 percent of Anthem’s 39 million members are served through self-insured companies, while 15 percent have Medicaid coverage. Large and small group policies make up about 12 percent of its business, while Medicare Advantage accounts for 1 percent.

The combined company would have about 53 million members, surpassing UnitedHealth Group’s 45.86 million as of June 30.

Anthem said on Friday the offer was valued at $188 per share based on its stock price on May 28 before media reports surfaced that the two companies were in talks.

The offer’s equity portion is valued at $49.11 billion, according to Reuters calculations based on 261.2 million Cigna shares outstanding as of March 31.

Another question is whether Anthem would violate rules of the Blue Cross and Blue Shield Association, a federation of 36 independent insurers of which it is the biggest member.

The association collectively insures 106 million Americans. Anthem provides coverage to the most people and operates in 14 states. No other Blue Cross member operates in more than five states.

Blue Cross operators are not supposed to compete with one another, but Cigna does compete against Blue Cross members in a handful of states, which could cause controversy in the association.

“There will no doubt be debate among the board of directors,” said a person knowledgeable about Blue Cross who requested anonymity to protect business relationships.

“We will remain Blue,” Swedish said on the conference call, adding that Anthem feels confident that even after acquiring Cigna, the combined company will satisfy “the Blue rules.”

Swedish said he would serve as CEO for only two years, and remain as chairman afterward. Cordani could be a contender for the CEO role at that point, but no guarantees were provided, said a source familiar with the matter who requested anonymity because the person was unauthorized to publicly discuss details of the transaction.

Both Anthem and Cigna would be liable to pay the other a fee equivalent to 3.8 percent of the deal’s value if either walks away from the planned merger.