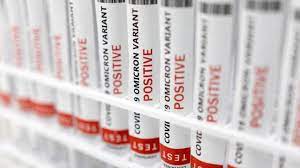 GENEVA, July 7 (Reuters) – Less than a month after a hard-won deal was reached on a partial waiver of intellectual property rights for COVID-19 vaccines, a fresh battle may be looming at the World Trade Organization over extending the waiver to treatments and tests.The June deal includes an agreement to debate waiving certain IP rights for tests and drugs, which the pharmaceutical industry says could lead to a broader unraveling of protections for treatments for other diseases. A group of six countries has set a six-month time frame for securing an agreement to extend the partial IP waiver, according to a document seen by Reuters.”Extension of the policy tools… to therapeutics and diagnostics will help developing countries to address IP barriers to the expansion and diversification of production,” said the document, backed by India, South Africa, Pakistan, Indonesia, Egypt and Tanzania.”This will increase the accessibility of these crucial life-saving COVID-19 tools.”The document, shared with other WTO members, foresees a decision by the WTO’s top decision-making body, the General Council, in November or December.A WTO spokesperson was not immediately available for comment.Three trade sources who attended a closed-door meeting on Wednesday said that developed countries including the United States, have not yet set their positions.One source said there was a potential for renewed conflict between wealthy countries, which opposed a full waiver on the grounds that it would restrict research and investment, and proponents such as India and South Africa.”There is going to be a massive battle,” said the Geneva-based ambassador who declined to be named, adding some countries had agreed to the partial waiver only because of the possibility of it being extended.PANDORA’S BOX?For opponents, the stakes are higher than ever.Many COVID drugs and tests are also used for other diseases. Research from science information and analytics company Airfinity showed that 63 current COVID tests can be used for other infectious diseases such as flu, while 123 COVID treatment projects are being used for 95 other infectious diseases.”It’s a Pandora’s box and sends completely the wrong signal for future pandemic preparedness,” said Thomas Cueni, head of global pharmaceutical industry group IFPMA, adding it would undermine quality control and incentives for research.”It is a coalition of countries who are fundamentally opposed to IP and they are trying to set a precedent to undermine (it),” he added.Advocates said a broader agreement would be much more meaningful than the June deal that they argue is largely symbolic since demand for COVID vaccines has plummeted and many countries are destroying unused stockpiles.Anna Marriott, policy lead for the People’s Vaccine Alliance and health policy manager at Oxfam, said a waiver to cover tests and treatments could make a significant difference. She too expected a “fight” ahead.”Big pharma won’t want to give up their chance to charge eye-watering prices for COVID-19 treatments,” she added.Initial negotiations over the COVID waiver began in October 2020 but deadlocked because the WTO relies on consensus among its 164 members to take any decision.WTO Director-General Ngozi Okonjo-Iweala helped overcome the stalemate by calling for a parallel set of “quad” talks between four parties: India, South Africa, the United States and the European Union.It remains to be seen whether she will use her convening powers this time. The debate over the vaccines waiver was at times acrimonious, with campaign groups and poorer countries heavily critical of wealthy countries.The United States, which initially opposed the waiver but then switched positions, has previously indicated that it would only consider one limited to vaccines.