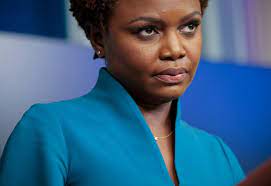 “We’re encouraging everyone … from the private and public sector to take actions to require vaccination,” she said, when asked if the White House was encouraging states to enact their own vaccine mandates.

Biden told reporters as he returned to the White House that he had seen “positive support for mandates, by and large,” although he conceded that there would always be a small percentage of people how would refuse to get a shot.

Biden said he would meet with major employers on Wednesday at the White House to discuss the mandate issue.

Previous vaccine mandates in the United States have mostly been introduced by state and local governments, and related to public spaces and schools.

“Last week, as you know, we took big and strong actions as part of the tools that we have … to boost vaccinations from the federal government,” Jean-Pierre said.

“We certainly advocate for local leaders to do the same,” she said, calling the push to vaccinate Americans against the spread of the coronavirus “a wartime effort.”