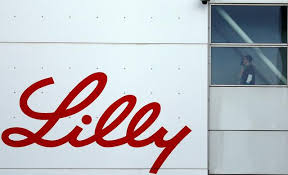 US expects over one million antibody doses from Regeneron, Lilly in 2020 | Reuters

The U.S. government expects to be able to provide at no cost more than 1 million doses of antibody treatments for COVID-19 similar to the one President Donald Trump received to treat his illness, according to a top U.S. health official on Friday.

The government’s Operation Warp Speed program currently has “a couple of hundred thousand doses” of the monoclonal antibody treatments being developed by drugmakers Regeneron Pharmaceutical Inc and Eli Lilly & Co, U.S. Department of Health and Human Services official Paul Mango said on a call with reporters. That would top 1 million doses by the end of the year, he said.

Mango said that the government will allocate the treatments to the states based on need, similar to the mechanism used with Gilead Sciences Inc’s antiviral drug remdesivir for COVID-19.

Both companies have said the drugs were shown to work in clinical trials and that they have submitted an emergency use authorization to the U.S. Food and Drug Administration.

Regeneron signed a $450 million deal in July to sell Operation Warp Speed enough doses of its antibody treatment, REGN-COV2, to treat up to 300,000 people. Lilly has not disclosed a deal with the program. The drugmakers were not immediately available for comment.