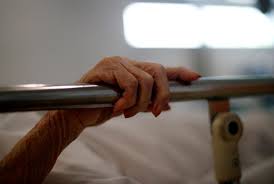 Britain’s official death toll from the COVID-19 pandemic was lowered by over 5,000 on Wednesday because the government adopted a new way of counting fatalities after concerns were raised that the old method overstated them. From now on, the authorities will publish on a daily basis the number of deaths that occurred within 28 days of a positive COVID-19 test result, the Department of Health said. Under the new method, Britain has an official COVID-19 death toll of 41,329 rather than the 46,706 recorded under the old system. The toll is still the highest in Europe, ahead of Italy on about 35,000.The new methodology has been agreed between England, Scotland, Wales and Northern Ireland, so that figures for the whole of the United Kingdom will be collated in a consistent way. England accounts for 85% of the UK population. Previously, in England, there was no cut-off time to record deaths after a positive test, leading academics to raise concerns that some people were being recorded as victims of COVID-19 when they may have died of something else. “The way we count deaths in people with COVID-19 in England was originally chosen to avoid underestimating deaths caused by the virus in the early stages of the pandemic,” said John Newton, director of heath improvement at Public Health England. “Our analysis of the long-term impact of the infection now allows us to move to new methods. ”Epidemiologists say excess mortality – deaths from all causes that exceed the five-year average for the time of year – is the best way of gauging deaths from a disease outbreak because it is internationally comparable. The United Kingdom suffered the highest rate of excess deaths during the COVID-19 pandemic in a comparison of 21 European countries, an analysis from Britain’s statistics office showed in July, with around 65,000 more people than usual dying. The health ministry had suspended the daily publication of data on COVID-19 deaths in July after Health Secretary Matt Hancock ordered a review into the methodology being used in England. The change brings the method for counting deaths into line with how they were already being recorded in Scotland. However, in England a new weekly set of figures will also be published, including deaths that occur within 60 days and deaths that mention COVID-19 on the death certificate, which could provide insight into the longer term impact of the disease.