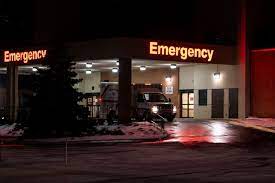 (Reuters) – Black women in the United States were nearly three times as likely to die during or shortly after pregnancy over the first year of the COVID-19 pandemic than white women, according to a government report published on Wednesday.Overall, as the pandemic took hold, the number of maternal deaths rose 14% to 861 in 2020 from 754 in 2019, according to the report from the National Center for Health Statistics.The maternal death rate in 2020 among Black women was 2.9 times that of white women, up from 2.5 times in 2018 and 2019, the data showed.About one-third of the pregnant women and new mothers who died in 2020 were Black, even though Black Americans make up just over 13% of the U.S. population, the report showed.Age also proved to be a significant risk factor. The mortality rate in women aged 40 and above was nearly eight times that of women younger than 25, according to the data.An international data review published last year showed that rates of stillbirth and maternal deaths rose by around a third during the COVID-19 pandemic, with pregnancy outcomes worsening overall for both babies and mothers worldwide.Pooling data from 40 studies across 17 countries, that review had found that lockdowns, disruption to maternity services, and fear of attending healthcare facilities all added to pregnancy risks, leading to generally worse results for women and infants.