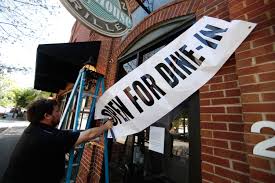 This is where all 50 US states stand on reopening – CNN

States have begun unveiling plans to reopen but whether it’s safe to do so is still unclear – CNN
Coronavirus: Boris Johnson says UK is past the peak of virus