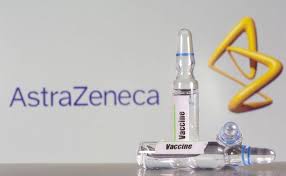 Thailand has agreed to manufacture and supply AstraZeneca Plc’s experimental COVID-19 vaccine in the southeast Asian country and other nations in the region, the British and Thai governments said on Monday.

The announcement by the British embassy in Bangkok did not specify how many doses of the vaccine candidate, AZD1222, would be distributed in Thailand. It also did not disclose the financial terms of the deal.(bit.ly/3lPxBLB)

AstraZeneca is providing the potential vaccine, developed by scientists at the University of Oxford, at no profit during the pandemic and would work with Siam Bioscience to set up manufacturing facilities, Thailand’s Ministry of Public Health said in a separate statement. (bit.ly/3iOZAJd)

“With the expected technology transfer from AstraZeneca and following Thai FDA regulatory approval, the company is aiming to have the first batch of vaccines available in the middle of next year,” chairman of Siam Bioscience, Satitpong Sukvimol, said.

AstraZeneca has signed several deals with companies and governments around the world to supply more than three billion doses of the vaccine as it gets closer to reporting early results of a late-stage clinical trial.

The company was not immediately available for further details on the Thailand agreement, which also includes the country’s largest industrial conglomerate Siam Cement PCL.