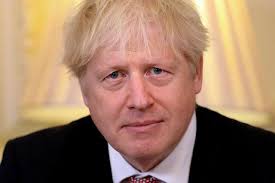 British Prime Minister Boris Johnson’s top team of cabinet ministers agreed at a weekend meeting that the country was at a critical point in the coronavirus crisis and that it was important to act now, his spokesman said on Monday.

“Cabinet agrees that we’re at a critical point as we confront the second wave of the virus and it is important that we take steps to limit the spread of the virus,” the spokesman told reporters.