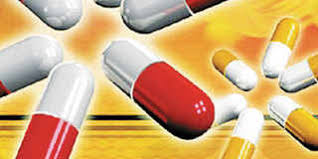 Health in the Market Place

Teva Pharmaceutical Industries has agreed to buy Allergan Plc’s generic drugs business for $40.5 billion in a cash and stock deal that will turn the Israeli company into one of the world’s largest pharmaceutical firms.

The deal, the largest in Israel’s corporate history, prompted Teva to drop its $40 billion hostile bid for Mylan, which had hit a snag when a Dutch foundation linked to the target bought temporary control of half the company in an attempt to block the takeover.

It also will allow Dublin-based Allergan, the third-largest generic drugmaker in the United States, to focus on branded drugs and pay down its debt.

“Allergan’s business is more high end (than Mylan). It’s a more interesting business … a profitable business and it’s well managed,” said Gilad Alper, an analyst at brokerage Excellence Nessuah, noting a “friendly deal” is preferable to a hostile one.

Allergan’s generic business is seen as a better fit than Mylan because it will improve Teva’s distribution channels and because Allergan is strong in so-called biosimilar drugs, as well as injectables, and has a presence in India.

Pressure has been growing on Teva, already the world’s biggest generic drugmaker, to find new revenue sources to combat the start of competition this year for its multiple sclerosis drug Copaxone. Copaxone accounts for about half of Teva’s profit.

The acquisition is the latest in an unprecedented wave of healthcare deals since the start of 2014, stretching from large drugmakers buying up smaller rivals, to consolidation among makers of generic medicines, to tie-ups between insurers.

Global healthcare M&A so far this year reached $398.5 billion as of July 23, up 80 percent on a year ago, according to Thomson Reuters data.

Economies of scale are particularly important in generics, given the relatively low margins involved and the highly competitive nature of the market.

Teva shares, which had been weighed down by the Mylan uncertainty, jumped 10 percent in Tel Aviv and were up 11.8 percent at $58 in premarket trading in New York. Mylan shares slid 12 percent to $58 in pre-market trading.

“There is only one entity that would stand to lose (from Teva-Allergan), which is Mylan,” said Cowen and Co analyst Ken Cacciatore, who believes Teva’s shares will reach $100.

Mylan said it would continue its acquisition of Perrigo.

Teva will pay $33.75 billion in cash and $6.75 billion in shares, representing a 10 percent stake in the Israel-based company, Teva said in a statement. The deal is expected to close in the first quarter of 2016.

Though the Teva-Mylan feud has hogged the industry spotlight

since April, Allergan’ generics business may have been

approached Allergan last year, which was called Actavis prior to

“My sense always was that Mylan was Teva’s Plan B,” said Benny Landa, an industrialist who led an investor bid last year to shake up Teva’s board, calling the deal “brilliant”.

Landa, who initially questioned the logic of Teva’s bid for Mylan, said he believes Allergan’s business was “culturally a much better fit, as evidenced by the behavior and the style of Mylan’s leadership,” said Landa.

Vigodman said the combined companies will have proforma revenue of $26 billion and earnings before interest, tax, depreciation and amortization of $9.5 billion in 2016.

“Our respective portfolios of generic medicines and applications are highly complementary,” he said. “This acquisition reinforces our strategy, accelerates growth and diversifies revenues both by product and geographically, supporting our new business model.”

Teva, which will gain a portfolio of more than 1,000 products, said it believes the acquisition will bring a double-digit boost to adjusted earnings per share in 2016 and a more than 20 percent benefit in years two and three following the close of the deal.

It expects cost synergies and tax savings of $1.4 billion annually by the third anniversary, from efficiencies in operations, manufacturing, and sales and marketing.

It also expects the acquisition to generate free cash flow of $6.5 billion in 2016 and increased free cash flow in subsequent years. This means it will be able to pursue acquisitions to expand its portfolio in both speciality pharmaceuticals and generics.

More in Health in the Market Place

CVS: ‘all bets are off’ for new cholesterol drug contracts