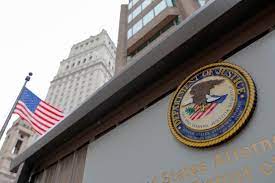 It said St. Jude allegedly failed to disclose serious adverse health events in connection with premature battery depletion in certain models of its implantable defibrillators that were sold between November 2014 and October 2016.

“This relates to a matter that took place prior to Abbott’s acquisition of St. Jude Medical,” Abbott said in a statement.

U.S. cancer death rates declining, report shows
All children in Britain to be offered flu shots this autumn -The Telegraph