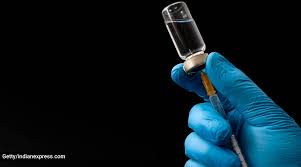 July 8 (Reuters) – All children will be offered flu shots this autumn amid fears Britain could be facing one of the worst seasons on record, The Telegraph reported late on Thursday.

The rollout will be extended to everyone under the age of 16, as well as all over 50, and millions of others with common health conditions, The Telegraph reported.

The programme will cover more than half the population and would be expanded this year to cover all pupils at secondary school, the report added, citing sources.