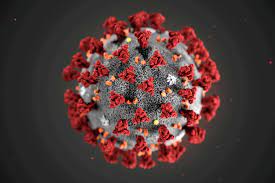 Nov 10 (Reuters) – The following is a summary of some recent studies on COVID-19. They include research that warrants further study to corroborate the findings and that have yet to be certified by peer review.

The risk of severe illness from COVID-19 is higher in people with obstructive sleep apnea and other breathing problems that cause oxygen levels to drop during sleep, researchers say. They tracked 5,402 adults with these problems and found that roughly a third of them eventually tested posted for the coronavirus. While the chance of being infected did not increase with the severity of their problems, people with higher scores on the “apnea-hypopnia index” – a measure of the severity of their sleep-related breathing problems – had higher odds of needing to be hospitalized or dying from COVID-19, Drs. Cinthya Pena Orbea and Reena Mehra of the Cleveland Clinic and colleagues reported on Wednesday in JAMA Network Open. It is not clear if treatments that improve sleep apnea, such as CPAP machines that push air into patients’ airways during sleep, would also reduce the risk of severe COVID-19, said Pene Orbea and Mehra.

Healthcare workers who did not test positive for COVID-19, despite heavy exposure to infected patients, had T cells that attacked a part of the virus that lets it make copies of itself, according to a report published Wednesday in Nature. Researchers who studied the 58 healthcare workers found their T cells responded more strongly to a part of the virus, called the RTC, that is very similar on all human and animal coronaviruses, including all variants of SARS-CoV-2. They suspect the T cells recognized the RTC because they had “seen” it on other viruses during other infections. That makes the RTC a potentially good target for vaccines if more research confirms these findings, study leaders Mala Maini and Leo Swadling, both of University College London, said in a joint email to Reuters. These data were collected during the first wave of the pandemic, they added. “We don’t know if this sort of control happens for more infectious variants currently circulating.”

Infants might benefit from COVID-19 antibodies in breast milk regardless of whether mothers acquired the antibodies from being infected with SARS-CoV-2 or from vaccines, according to new findings reported on Wednesday in JAMA Pediatrics. Researchers studied antibodies in breast milk samples from 47 mothers who had been infected with the virus and 30 healthy mothers who had received the vaccines from Moderna(MRNA.O) or Pfizer/BioNTech(PFE.N)(22UAy.DE). Antibodies from both groups were able to neutralize active SARS-CoV-2 virus, and while antibodies from infection were evident in milk for longer periods, antibody levels from vaccination “were much more uniform,” said study leader Bridget Young of the University of Rochester School of Medicine and Dentistry in New York. Thus, there is likely benefit to getting vaccinated even after a COVID-19 infection because breast milk would then contain a diverse variety of antibodies, she said. The researchers did not study the effect of the antibodies on the babies who consumed the milk.