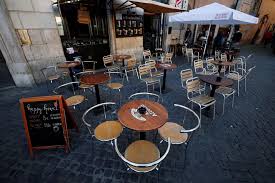 Italy’s Lazio region, including the capital Rome, is set to introduce a curfew from midnight to 5 a.m. to try to curb its surging COVID-19 infections, a regional government source told Reuters on Wednesday.

The new rules will be effective from Friday, the source said, adding the region will also introduce some restrictions on schools and universities.

The northern region of Lombardy, around Milan, announced a similar curfew on Monday, starting at 11 p.m.

On Wednesday Italy reported 15,199 new coronavirus infections, its highest ever daily figure, of which 1,219 were recorded in Lazio.