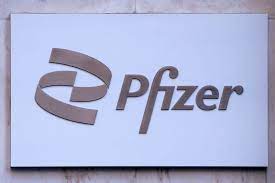 June 24 (Reuters) – Pfizer Inc (PFE.N) said on Thursday it is pausing distribution of its anti-smoking treatment, Chantix, after finding elevated levels of cancer-causing agents called nitrosamines in the pills.

The drugmaker is recalling a number of lots of the anti-smoking drug. The U.S. drug regulator has in the past reached out to companies whose drugs had N-nitrosodimethylamine (NDMA) over accepted levels.

The Food and Drug Administration (FDA) last year found high levels of NDMA in some versions of the popular diabetes drug metformin. NDMA contamination was responsible for the recall of heartburn drug Zantac sold by Sanofi SA (SASY.PA) in 2019.

Chantix was approved by the FDA in May 2006 as a prescription medication which helps adults aged 18 and over quit smoking and is used for 12 to 24 weeks.

The Stat News website had earlier reported the pause in distribution.

Global revenue from Chantix fell 17% to $919 million in 2020 as COVID-19 curbs hampered demand and the company lost patent protection in the United States in November.

Pfizer said the pause in distribution is out of an abundance of caution and pending further testing.

“The benefits of Chantix outweigh the very low potential risks, if any, posed by nitrosamine exposure from varenicline on top of other common sources over a lifetime,” Pfizer spokesperson Steven Danehy said in an email to Reuters.