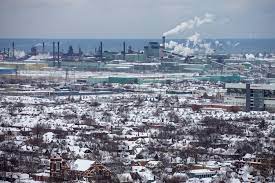 TORONTO, March 20 (Reuters) – As students in Canada’s most populous province return to mask-free classes after two years on Monday, one Ontario school board is facing backlash for defying the province’s decision to drop masks, potentially setting the stage for a clash on a contentious pandemic issue.The mask mandate and other pandemic measures have become a lightning rod in Canada for an anti-government movement, sparking a three-week protest in capital Ottawa last month. The Hamilton-Wentworth District School Board (HWDSB) voted against removing the mask mandate and proposed keeping students and teachers masked until April 15 to protect the medically vulnerable.Ontario’s remaining 30 public school boards are planning to follow the government order after Ontario Chief Medical Officer of Health Kieran Moore turned down requests from several other school boards to keep mask mandates.Some Hamilton parents have criticized the board’s decision, saying the policy is “pointless” and “potentially unlawful.” HWDSB is home to some 50,000 students.”My kids will not be wearing masks and they will be told to have the school call me if the school tries to force them to wear a mask,” said Alyssa Vankleek, a Hamilton parent.”My child was told by the provincial government it was safe to no longer wear a mask in most settings. The school board has no right to tell us otherwise,” she added.However, Dr. Armand Keating, clinician scientist and staff hematologist at Princess Margaret Cancer Centre, pointed out that “the increasing frequency of cases of the more transmissible BA.2 variant lends further support for a more cautious approach.”HWDSB will find it challenging to enforce masking requirements once the mandate is lifted as Ontario schools do not have their own mask policies. Prohibiting a maskless student from attending school could be deemed a breach of the child’s rights, according to the Ontario Education Act and the Universal Declaration of Human Rights.’IT’S AN OVERREACH’An exception to this rule, however, can be found in the Health Protection and Promotion Act, which gives the municipality’s health officer power to override the provincial government’s laws.”They personally can’t mandate it,” said Miranda Butler, a Hamilton mother of two elementary school students. “It’s an overreach, especially if they don’t have public health backing them,” she added, noting that her kids will continue to wear masks anyway.HWDSB declined to say how it plans to deal with students and teachers attending schools without masks.Ontario’s ministry of education is reviewing HWDSB’s request to support its masking policy. Elizabeth Richardson, medical officer of health in the city of Hamilton, said Public Health Services will continue to collaborate with the province and local school board to “help balance the risks of COVID-19 and the risks to the mental, emotional and physical health of children and their learning.”The Elementary Teachers Federation of Ontario (ETFO) also opposes removing the mandate. Ontario Teachers Federation and Hamilton-Wentworth Elementary Teachers’ Local did not responded to a request for comments.”Ontarians have relied on public health officials to lead with a science- and evidence-based approach,” said ETFO President Karen Brown. “Unfortunately, it appears that a fast-approaching June election is influencing politicians’ decisions to lift COVID-19 safety measures,” Brown added.Ontario Premier Doug Ford said the decision is based on the chief medical officer’s advice and encourages schools to stick with the province’s end date.Ford’s office did not offer an immediate comment when asked if the upcoming provincial election played a role.