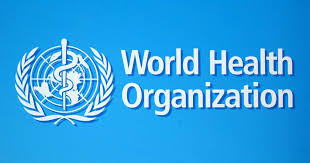 A total of 156 countries have joined the global COVAX scheme intended to ensure fair distribution of supplies of future vaccines against COVID-19, an alliance led by the World Health Organization (WHO) said on Monday. The list includes 64 wealthier, self-financing countries, and accounts for about two-thirds of the global population, a statement issued by the WHO and GAVI vaccine alliance said, after a deadline of last Friday to make binding commitments. The goal of COVAX is by the end of 2021 to deliver 2 billion vaccine doses around the world, with healthcare workers prioritized initially and then the most vulnerable 20% of people in every participating country, regardless of income level. While many lower-income nations are seeking assistance via COVAX, some richer countries had been reticent in confirming their intentions. Some of those who have secured their own future supplies through bilateral deals, including the United States, do not plan to join COVAX. The plan has highlighted the challenge of distributing vaccines equitably around the world and stirred accusations of selfish behaviour by some wealthier nations. The vaccine alliance said it expected another 38 wealthy countries to join the initiative in coming days. It said it had received commitments for $1.4 billion towards vaccine research and development, but a further $700 million-$800 million was urgently needed. The alliance did not say which countries were only providing funding but not planning to take supply of vaccines from the scheme. France and Germany have said they will only source potential shots via the European joint procurement scheme.